Home / About / Staff / Michael J. Bobbitt Bio
In this section 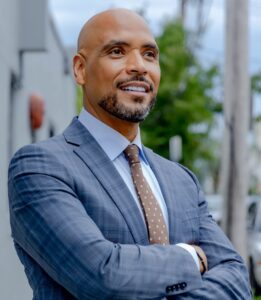 Michael J. Bobbitt has dedicated his professional career to arts leadership. He is a theatre director, choreographer, and playwright. On February 1, 2021, he joined Mass Cultural Council as Executive Director, becoming the highest-ranking cultural official in Massachusetts. Upon joining Mass Cultural Council, Bobbitt was invited and agreed to serve on the New England Foundation for the Arts (NEFA) Board of Directors.

Beginning in March 2019 he served as the Artistic Director of the New Repertory Theatre in Watertown, MA; immediately prior he held the same position at the Adventure Theatre-MTC in Maryland for twelve years. While in Maryland Bobbitt led the organization to be a respected theatre/training company in the DC region, as well as a nationally influential professional Theatre for Young Audiences. He led a merger with Musical Theater Center, increased the organizational budget and audience, commissioned new works by noted playwrights, transferred two shows to Off-Broadway, built an academy, and earned dozens of Helen Hayes Award Nominations, garnering eight wins.

Bobbitt gained extensive experience in nonprofit arts management by training at Harvard Business School’s Strategic Perspectives in Nonprofit Management, The National Arts Strategies Chief Executive Program, and Cornell University’s Diversity and Inclusion Certification Program. He has served as an Associate Professor of Theatre at both the Boston Conservatory at Berklee and Howard University and volunteered on numerous nonprofit boards, including Non-Profit Village, Maryland Citizens for the Arts, Leadership Montgomery, Weissberg Foundation, Watertown Public Art Commission, and ArtsBoston. In 2021 he was selected to join artEquity’s second cohort of the BIPOC Leadership Circle.

This year, the Agency is committing over $1M to this program, with a goal of doubling the number of artists funded.

329 Local Cultural Councils to support public programs in every community in Massachusetts.