Home / About / Staff / David T. Slatery Bio
In this section 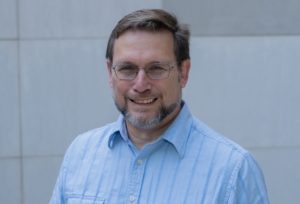 Dave has been the Deputy Director of the Massachusetts Cultural Council since 2012. In such role, he also acted  as Chief Financial Officer and Chief Legal Officer. A graduate of Allegheny College and University of Chicago Law School, after many years in law and finance, Dave came to the arts by working to provide affordable housing for artists in his role as General Counsel and Deputy Director of MassDevelopment, the state’s economic development authority. Over the past 30 years, Dave has served in many roles in state agencies, served on the boards of several community arts organizations, and privately practiced finance and real estate law. In those roles, Dave acquired a strong interest in supporting the creative economy and arts-based redevelopment. He has also been associated with the law firms of Bingham, Dana & Gould and Brann & Isaacson, the Massachusetts Port Authority, Volunteer Lawyers for the Arts, L/A Arts, the local arts agency of Lewiston-Auburn, Maine, the Fort Point Cultural Coalition and YouthBuild USA, a youth development non-profit network.​

Ground Your Work in Universal Design

Join the Innovation and Learning Network

Apply to the COVID-19 Relief Fund for Individuals

Grants of $1,500 are available to Massachusetts individual artists and independent teaching artists/humanists/scientists who have lost income as a direct result of COVID-19.

Support for creative learning residencies of three days or more in the arts, sciences, and humanities.