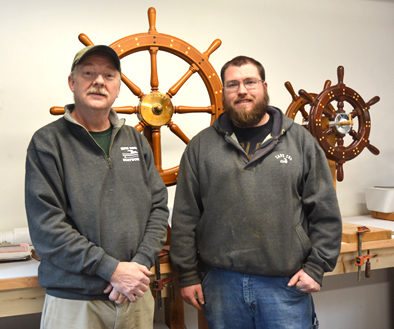 Bob Fuller’s family has been designing and building wooden ships wheels for three generations. Creating this piece of marine hardware involves patternmaking, metal working, wood turning, marine joinery, and finish varnishing. Without support, it would be very difficult to teach the building of wooden ships steering wheels, due to the high cost of materials and the number of hours that need to be dedicated in a one-on-one setting to master this craft. A 2017 apprenticeship gave John O’Rourke the opportunity to learn this highly specialized maritime craft. 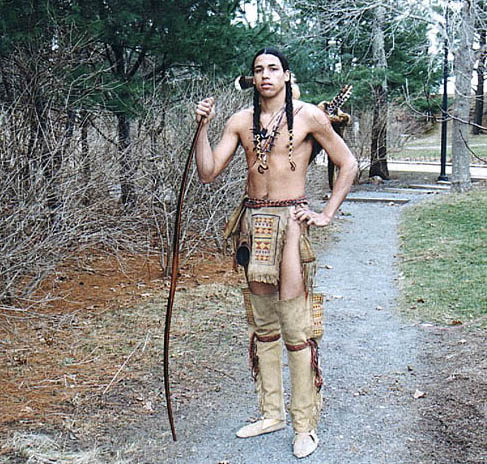 Anita Peters Little, known within her tribe as Mother Bear, makes Wampanoag regalia for use at powwows and ceremonial occasions. A 2006 apprenticeship supported Mother Bear in passing on regalia making skills and knowledge to tribal member Michelle Fernandes. They worked on all the necessary skills needed to complete traditional regalia, including how to properly measure, sew deer hide, paint traditional designs, and cut fringes. “The program provided the materials needed and one-on-one time, which are sometimes financially out of reach for tribal members.”

(Pictured above: Native regalia made by Anita Peters Little, aka Mother Bear, 2006.) 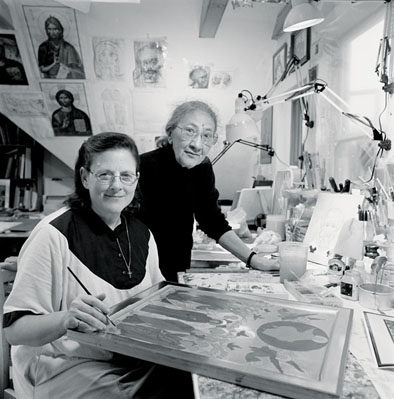 The centuries-old artistic tradition of iconography requires the application of very specific techniques and image representations that have been passed down from artist to artist through the ages. Ksenia Pokrovsky is widely credited with reviving the writing of traditional Russian icons.  A 2005 apprenticeship allowed apprentice Sister Faith Riccio to spend significant time in the Pokrovsky household working under Ksenia’s guidance. 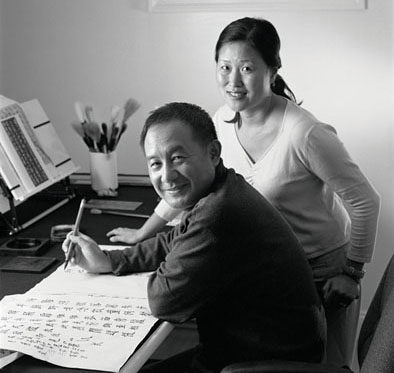 Qianshen Bai practices the ancient arts of Chinese calligraphy and seal carving, which he learned from Chinese mentor artist-scholars before moving to the United States in 1996. Wen-Hao Tien came to the United States from Taiwan in 1987. In 2002, she met and assisted Bai at a community workshop on calligraphy hosted by the Chinese Culture Connection. Wen-Hao became Bai’s apprentice with support from a 2005 Apprenticeship grant. 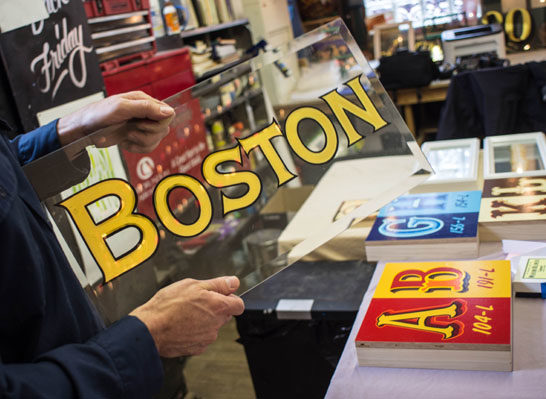 Josh Luke is a traditional sign painter who specializes in surface gilding and reverse glass gilding. Corinna D’Schoto met Josh Luke in 2013 while he was in the process of painting a mural in Jamaica Plain. She began an informal apprenticeship by working alongside him on site and later helping out in his studio. Their 2015 apprenticeship focused on various techniques of sign painting and gold leaf, including preparing surfaces, making patterns, handling the lettering quill, and gold leafing on a variety of surfaces.

(Pictured above: Josh Luke holding a piece of his work. Photo: Maggie Holtzberg.) 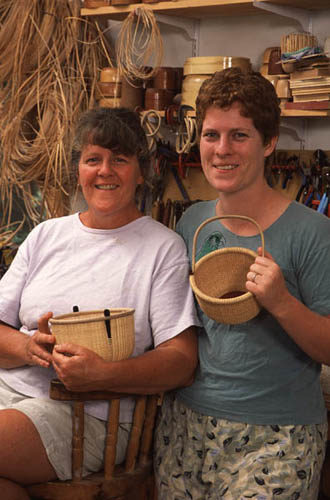 No basket form is more tied to place than the Nantucket lightship basket. Basket maker Karol Lindquist apprenticed with Reggie Reed, who descended from some of the island’s earliest basket makers. In 2002, Karol and daughter Timalyne Frazier completed a year-long apprenticeship. The two women worked in studio just steps away from Karol’s home. Inside are workbenches, wood-cutting tools, a lathe, and shelves stacked with loops of rattan and walnut basket molds. Blue ribbons won in competitions line the wall. 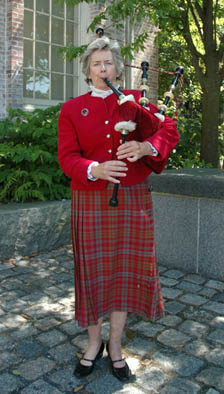 Nancy Tunnicliffe is an accomplished Great Highland bagpiper, well-respected both in the United States and in Scotland. She has mastered the little heard “great music” of the bagpipe known as piobaireachd. Historically, this music is passed from teacher to student as an oral tradition, using a complex system of vocables known as canntaireachd, which means “singing” in Gaelic. In 2009, Tunnicliffe was awarded an apprenticeship to piping student Sean Humphries. 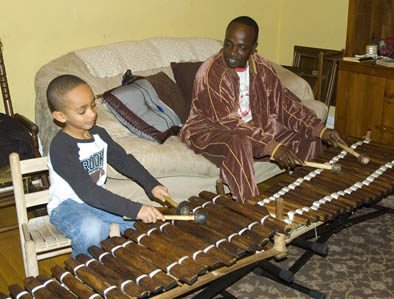 Balla Kouyaté is a virtuoso player of the balafon, the ancient West African ancestor of the xylophone. His family lineage goes back over 800 years to the first of an unbroken line of Djelis in the Kouyaté clan. Balla learned to play the balafon from his father in Mali. A 2013 apprenticeship supported Balla in passing on this hereditary tradition to his son Sekou. The pair worked on technical skills and how to accompany six songs from the Djeli repertoire. 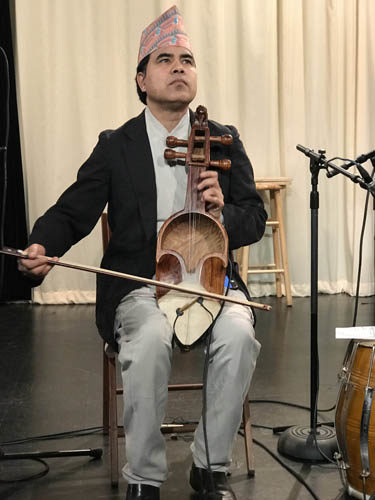 Shyam Nepali was born into one of the most prominent musical families of the centuries old Gandharva musical caste in Nepal. He plays the sarangi, a bowed string instrument carved out of a single log of wood is used to play instrumental folk melodies, improvisations, and to accompany singing.  A 2018 apprenticeship gives Pranawa Phuyal the opportunity to study with Shyam one-on-one several days a week. They will focus on learning to sing and play micro-tones not found in western music and mastering the embellishments, such as the percussive hammering technique done with the bow and left hand pizzicato. 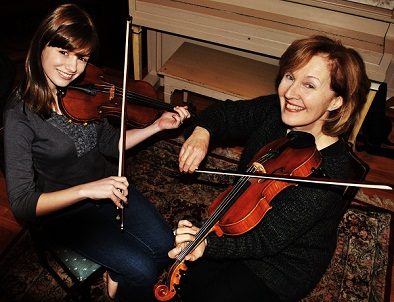 Traditional Irish fiddler Laurel Martin is known for her subtle, lyrical style of the regional music of County Clare and East Galway, Ireland. She was mentored by fiddler and National Heritage Fellow Seamus Connolly. In 2010, Laurel was awarded an apprenticeship to mentor Natalya Trudeau. They concentrated on the repertoire of six 20th century Irish composers whose tunes have entered the aural tradition. 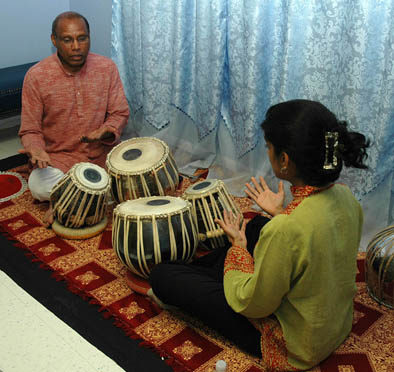 Chris Pereji is a teacher and performer of tabla. This pair of drums is historically used as accompaniment in several genres of North Indian music, including classical, folk, devotional, and popular music. Like many other immigrants to the United States who reside in communities with few familiar faces, Nisha Purushotham always had a longing to connect with people who shared her heritage. In 2009, she was awarded an apprenticeship to work with Chris Pereji through the traditional guru-sishya method. 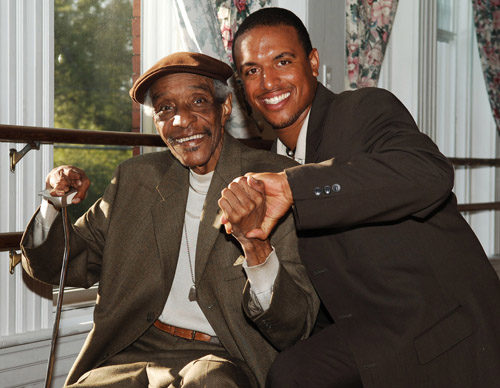 James T. Godbolt, a.k.a. Dr. Jimmy Slyde (1927- 2008), was one of the few remaining members of a vanishing generation of America’s mentor jazz tap artists and teachers. Edward Mendes III, a.k.a Rocky Mendes  has been studying tap dance since he was nine years old. At 16, Slyde took him under his wing. He stressed going back to the basics – time step, shuffle, riff, brush, slap. These are the moves a dancer must master, like mastering the elements of speech in order to have a conversation. The pair was awarded a Traditional Arts Apprenticeship in 2001 and again 2007. 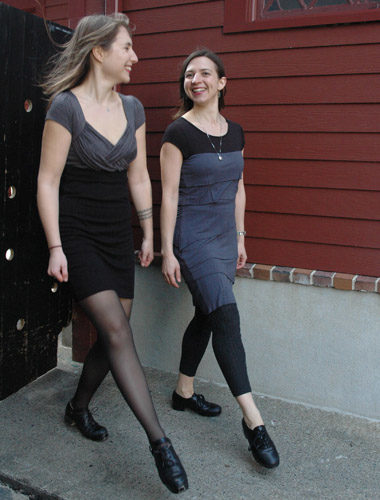 Kieran Jordan is a mentor of sean-nós Irish step dance, which in Irish means “old style”. Dating back even further than traditional Irish step dance, this dance style features improvised rhythm patterns, free movement in the hips, arms, and upper-body, and an intrinsic partnership with the music. In 2010, Kieran Jordan was awarded a Traditional Arts Apprenticeship to work with Emerald Rae, an accomplished Scottish and Cape Breton style fiddler and step dancer. They focused on old-style traditional steps, first perfected by dance masters of the 18th and 19th centuries. 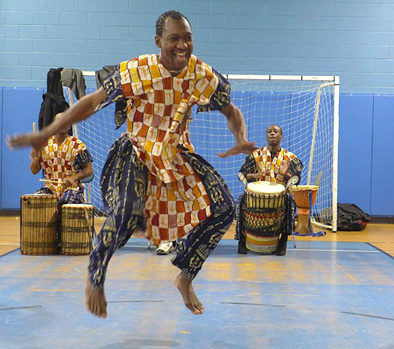 Sidi Joh Camara grew up in Bamako, Mali where dance, music, and song are an integral part of everyday life. Research has taken him all over Mali to see the dances in their pure form in the ceremonies of which they are a part. In 2017, Camara was awarded an apprenticeship to mentor his son, Tiemoko. They focused on four traditional dances (Didadi, Korodjuga, Mandiani, and Madan), the songs that accompany these dances, as well as why and in what context they are danced. 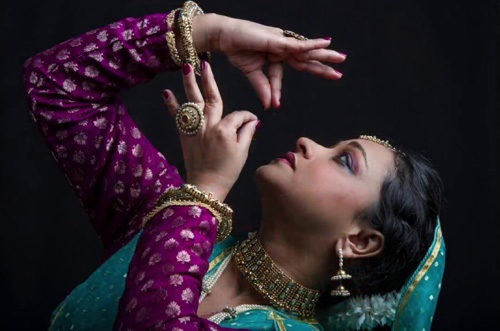 Urmi Samadar specializes in Kathak, a North Indian classical dance form characterized by bold footwork, flowing pirouettes called “chakkar,” delicate hand gestures, and improvisation. Apprentice Anishka Yerabothu is an advanced student of Kathak, a co-instructor, and a member of the performing ensemble of the Aakriti School of Dance. A 2018 apprenticeship will focus on improving Anishka’s rhythm, footwork, pirouettes, hand movements, and abhinaya (dramatic expression). An added bonus is the opportunity for Anishka to learn how to work with live musicians. 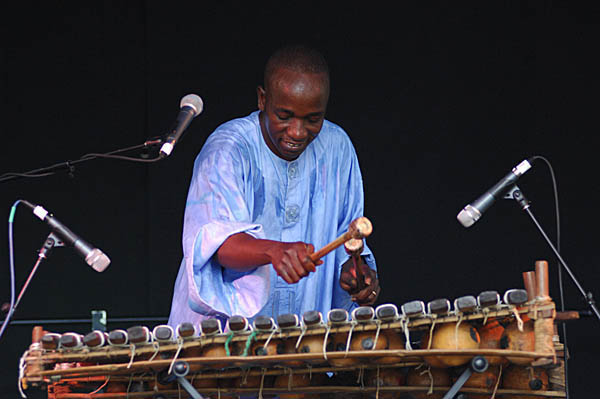 Discover the many living folk traditions in Massachusetts