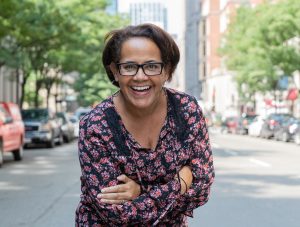 As Program Manager, Lisa oversees the administration and granting of funds for the Community Initiative including the Local Cultural Council Program, the Cultural Districts Initiative, and the Festivals Program. Lisa is also Co-Director of the Roxbury International Film Festival (RoxFilm) and The Color of Film Collaborative (TOCF), whose mission is to screen films that celebrate people of color across the world and support filmmakers who are creating media aligned with the mission of RoxFilm. Lisa has also produced theater and film in the Boston area and published and presented about the WPA’s Negro Theater Project that existed between 1935-1939. She is the recipient of several awards including: GK Top 100 Influential People of Color, Image Award from Women in Film New England, Diversity award from Our Place Theater Project, Leadership award from the Urban League Guild of Eastern Massachusetts, The President’s Award for Leadership from Dimock Community Health Center, and an Honorary award from Boston Arts Academy. 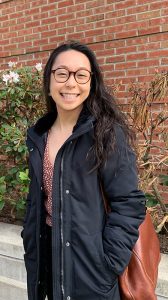 Hanako Brais (she/her/hers)
Program Officer
Hanako is the newest member of the team, her first day was June 27! She will work with Local Cultural Councils and Cultural Districts in Plymouth County and North-Central Massachusetts. With an artist for a mother, Hanako grew up nurtured and surrounded by the arts, finding her voice and confidence through artmaking. Her past experiences in the performing arts and her love of attending arts programming led to her conviction that arts are an important and necessary vehicle for storytelling and imagining possibilities of what our world can be. Hanako’s experience in the arts and culture sector includes her work at Arts Connect International (ACI), a Boston-based nonprofit building equity and inclusion both in, and through, the arts. At ACI, she contributed to research on cultural equity in the arts sector and helped plan and convene community gatherings. Before joining Mass Cultural Council, Hanako was the Assistant to the President of the Patrick J. McGovern Foundation, a philanthropic organization dedicated to the ethical, equitable, and sustainable applications of data science and artificial intelligence. Hanako has a Master’s degree in Global Inclusion and Social Development, with a concentration in Critical Ethnic and Community Studies from UMass Boston, and Bachelor’s degrees in Anthropology and French from Connecticut College. 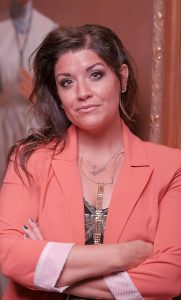 Carolyn Cole (she/her/hers)
Program Officer
Carolyn joined the team in April 2022. She serves as primary contact for current and incoming, state designated Cultural Districts as well as Local Cultural Councils North of Boston and in the Berkshires, providing resources, guidance, and advocacy for those amplifying cultural vitality in cities and towns across the Commonwealth. Prior to joining Mass Cultural Council, she oversaw the Downtown Lynn Cultural District within Lynn’s Department of Community Development. She also launched and managed the City’s Public Arts Commission and co-led Lynn’s efforts as a Cultural Compact City. She spearheaded a four-year collaborative process to establish what is now deemed the new regional model for municipal-artist collaboration intended to develop a community-driven creative community place-keeping infrastructure, and she had the privilege of co-founding and fully funding local nonprofit organizations, and programs, and their subsequent community response efforts. Carolyn expanded her work, consulting with municipalities statewide, providing creative and equitable strategies for community and economic development opportunities and advocating for the support and inclusion of the local creative workforce. Prior to her work within the cultural sector, Carolyn enjoyed an extensive career in the performing arts. 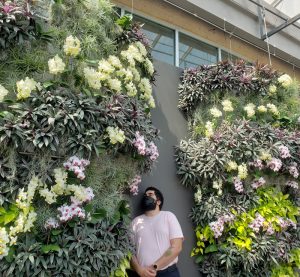 Guelmi Espinal (he/him/his)
Program Officer
Guelmi joined the Communities team in May 2022 and works with the LCCs and Cultural Districts located in Greater Merrimack Valley and Metro West communities. He graduated from Pennsylvania’s Bucknell University in 2018 as a Posse Scholar with a Bachelor of Arts degree in Classics & Ancient Mediterranean Studies, and Theater & Dance. Guelmi chose these paths of study after a conversation he had with a stage management alumnus who said that Classics is the story of people, and Theater is people telling stories. Prior to joining Mass Cultural Council, Guelmi spent several years at RAW Art Works in Lynn as Program Coordinator and as Co-Chair of the Equity Committee which focused on internal and external diversity, equity, inclusion, and justice efforts for the organization. Guelmi previously spent a summer on a dig site in Thebes, Greece and has been active as a performer and stage manager. His interests include Dungeons & Dragons, acquiring computer parts, and spending lots of time outside this summer. 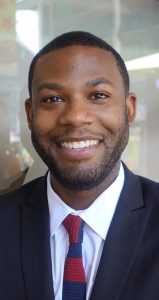 Ricardo Guillaume (he/him/his)
Program Officer
Ricardo works with Local Cultural Councils and Cultural Districts in Franklin County and South-Central Massachusetts. A Mass Cultural Council team member for nearly three years, Ricardo enjoys getting to know the wonderful communities of the Commonwealth, traveling to events, and solving problems for his constituents quickly and effectively. Ricardo’s experience in state government includes previous posts as Deputy Director of Constituent Services/Internship Coordinator in the Office of Governor Charlie Baker – taking on DJ duties for the office Christmas party – and Marketing Manager in the Massachusetts Office of Travel and Tourism/MA Sports Marketing Office – where he coined terms like “Febrewery,” “Massashoesetts,” and “Applechusetts” for season-themed newsletters. Ricardo is an avid sneaker head, die-heart Boston sports fan, and a lover of all-things arts and culture. He enjoys writing, visiting museums, and making mixes and playlists. A proud comic book nerd – dressing up for Halloween and cosplaying at Comic Con are a must – his passion for television shows and movies (especially superhero ones) has led to opportunities such as being a featured extra in Apple TV’s Defending Jacob and a production assistant for Marvel Studios’ Black Panther II. 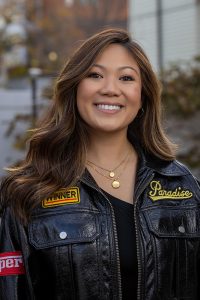 Timothea Pham (she/her/hers)
Program Officer
Timothea joined Mass Cultural Council in early 2019 and serves as the team contact for LCCs and Cultural Districts in communities in the Greater Boston Area, Greater Springfield Area, and the Islands (Martha’s Vineyard, Nantucket, and Gosnold). As the Festivals Program Officer, she plans on offering more extensive support to stakeholders by creating more learning opportunities for producers, updating the Agency’s Festivals Toolkit​, and continuously supporting the creation of connections between municipalities, Cultural Districts, LCCs, and cultural workers. Timothea has a background working in communications and community engagement for arts organizations as well as within the tech and real estate industries. She is also a huge foodie – working on food photography projects for Boston restaurants and creating a family cookbook to showcase her Vietnamese-American identity. 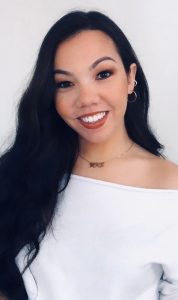 Jessica (Jay) Wong 黃慧美 (she/her/hers)
Program Officer
Jay is a second generation bi-racial Chinese American. She initially joined Mass Cultural Council in 2021 as the Program Coordinator for the FY22 Asian American and Pacific Islander (AAPI) Arts & Culture COVID-19 Recovery Program and worked to ensure that this one-time program reached AAPI arts and culture organizations demonstrating deep financial impact. She transitioned to the Community Initiative team this past spring and is the contact for LCCs and Cultural Districts located in communities in Southeastern Massachusetts, Cape Cod, and Hampshire County. Prior to joining Mass Cultural Council, she was Program Director for the Massachusetts Asian American & Pacific Islander Commission and has worked with numerous communities in various capacities over the past decade. Jay is passionate about uplifting BIPOC voices, connecting BIPOC communities to state resources, and amplifying AAPI creatives and street arts and culture. She holds a Bachelor of Arts degree in Political Science from UMass Amherst and a Master’s degree in Public Administration with a focus on Asian American Studies from UMass Boston.

A list of staff contacts by municipality is available online. There you will be able to see which one of these “magnificent seven” individuals is your community’s connection to the power of culture.

Read more about the Community Initiative