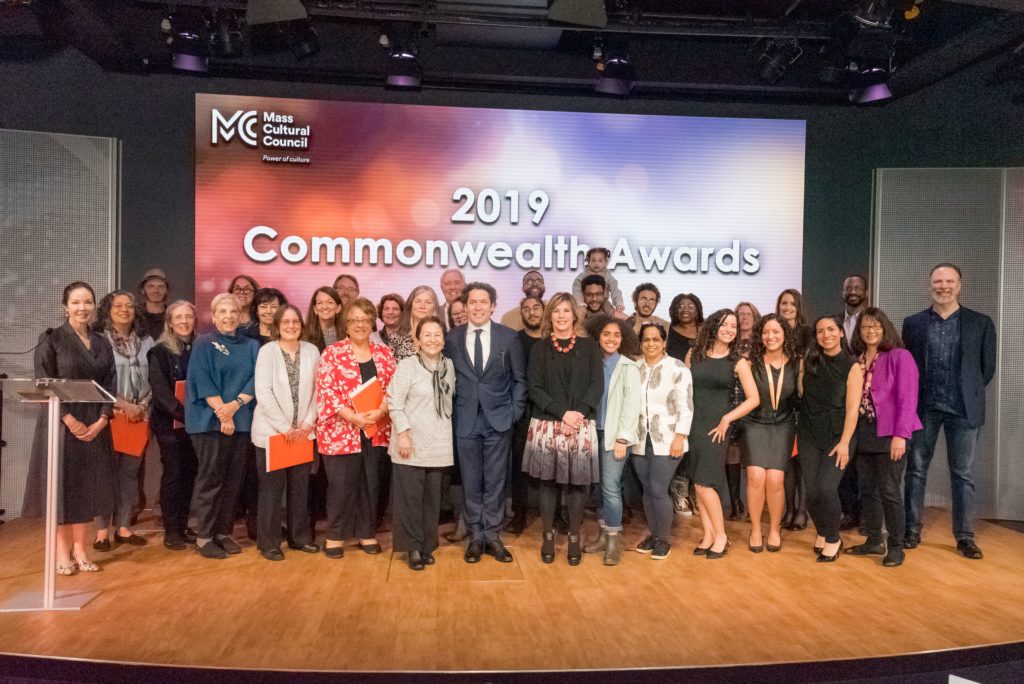 Cultural and political leaders from across the Commonwealth joined Mass Cultural Council yesterday for the 2019 Commonwealth Awards, honoring exceptional achievement in the arts, humanities, and sciences.

Attendees at the event at WBUR’s new CitySpace heard an inspiring speech by famed conductor Gustavo Dudamel on the power of art and music to transform the lives of young people and their communities. Youth from Boston String Academy—a music education program inspired by the El Sistema model under which Maestro Dudamel grew up—performed as part of an ensemble brought together under Mass Cultural Council’s SerHacer program.

Read More About Recipients and Finalists

Rep. Dylan Fernandes has sponsored Amendment #1081 to increase the Agency’s appropriation to $27.4M.