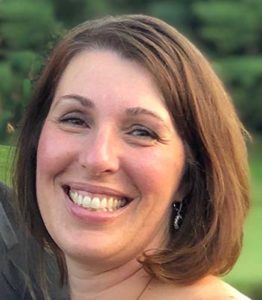 This week Bethann Steiner joined Mass Cultural Council’s team as Communications Director. Bethann brings to her position almost two decades of public service experience in Massachusetts state government, most recently as Chief of Staff to Senator Adam Hinds of the Berkshire, Hampshire, Franklin & Hampden District. A Berkshire County native, she also served as Chief of Staff to his predecessor, former Senator Ben Downing. Prior to her dozen years of Senate service Bethann managed legislative and public affairs for the Executive Office of Environmental Affairs during the Romney Administration. She began her career as a Research Analyst in the House of Representatives in the office of former State Rep. Dan Bosley (D- North Adams). In 2016 Bethann joined the public affairs team at MassTech, the quasi-public state agency tasked with supporting the Commonwealth’s innovative economy, managing a robust international enterprise initiative. Bethann has a MSW in Policy & Planning from the UConn School of Social Work and a bachelor’s degree from Marist College.

Reflecting on Our Advocacy Campaign Victories

Mass Cultural Council has been tasked with the enormous and amazing direction to equitably invest almost $100M in state dollars into the cultural sector this fiscal year!

His new Executive Order advances a whole-of-government policy for the arts, humanities, and museum and library services